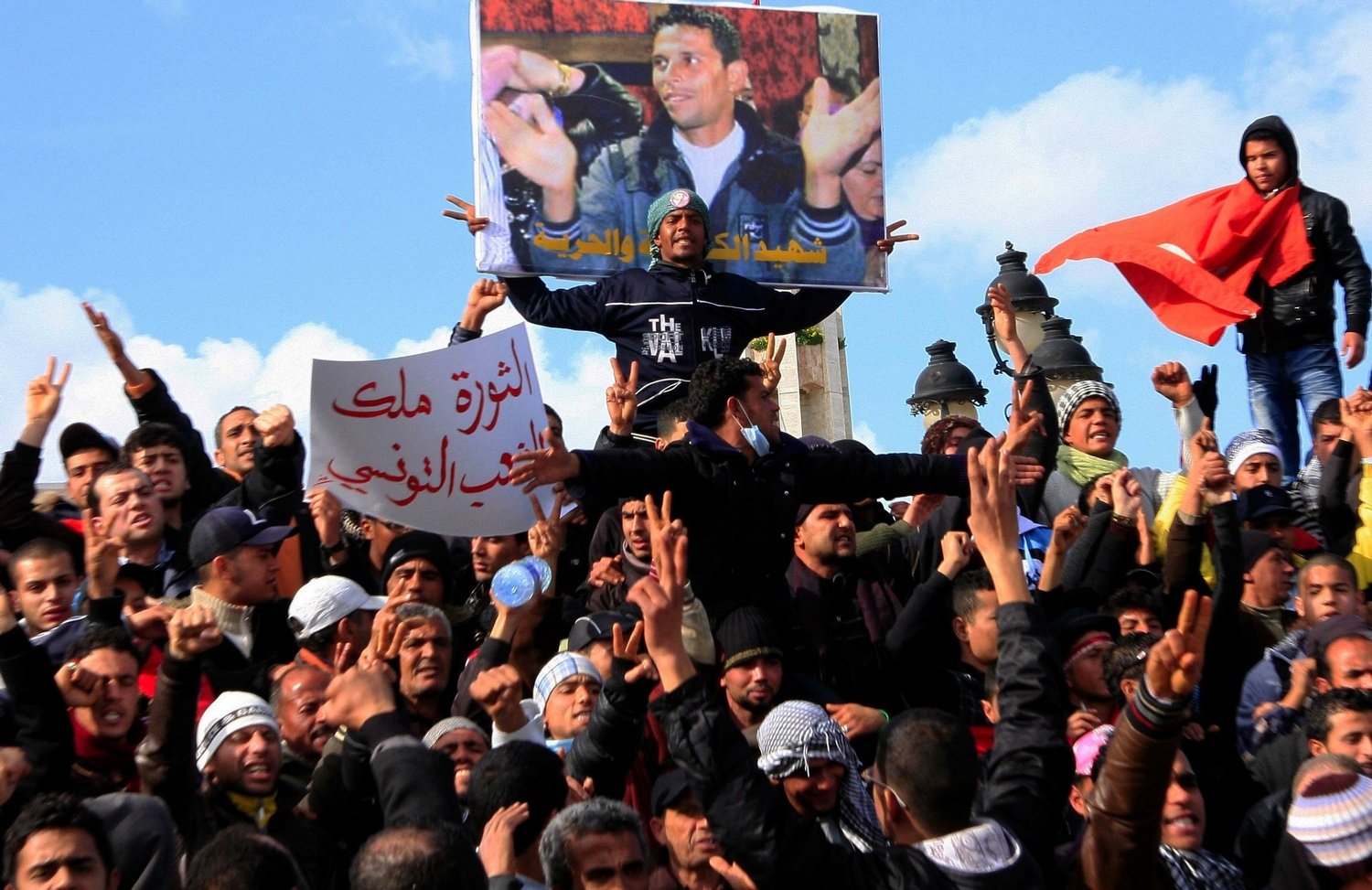 I
A slap. An act of violence visited upon an individual that proved to have an afterlife that exceeded anything imaginable in the moment it was both delivered and received. On the morning of 17 December 2010, Mohamed Bouazizi, an unemployed Tunisian residing in Sidi Bouzid, a small town south of Tunis, was attempting to make ends meet by selling vegetables from a cart when, at 10.30am, he was harassed, slapped in the face by a municipal official, had his wares and scales confiscated and, upon complaining to the local governor’s office, was denied a fair hearing to air his grievances. These are the known facts of the matter according to eye-witnesses but it is what happened next that would give rise to an unprecedented revolution throughout the Middle East: at 11.30am, almost one hour after being harassed and slapped in the face, Mohamed Bouazizi purchased a can of gasoline (or possibly paint thinner), doused himself with it in front of the governor’s office, and set himself alight. These are the brute facts of the matter: a slap translates into an unforgiving act of self-immolation and thereafter into a conflagration that has brought with it both unforeseen freedoms and brutal repression in equal measure. END_OF_DOCUMENT_TOKEN_TO_BE_REPLACED 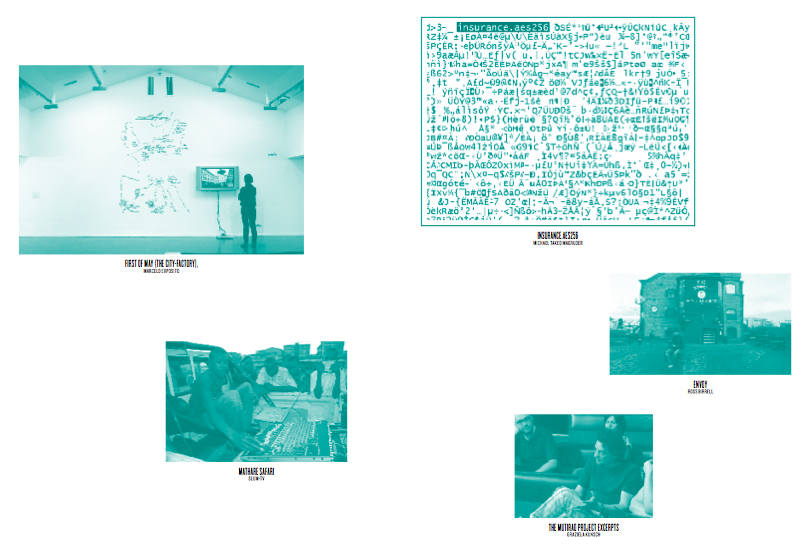 In an era defined by a widespread suspicion with journalistic means as a way of generating both discussion and open enquiry, it would seem that artists are engaging with issues more commonly associated with journalistic discourse. Whilst this is not necessarily a complete departure from previous practices, the imbrication of both art and journalism has produced a different series of questions about the ethics and politics of representation. What, for one, are the implications of artworks employing the apparent objectivity associated with journalism? Does the use of an investigative methodology within contemporary art shift our understanding of spectatorship and our relationship to truth and forms of subjectivity? And what challenges—to the viewer and curator alike —are being made by these works in the broader context of current institutional and exhibitionary practices? END_OF_DOCUMENT_TOKEN_TO_BE_REPLACED 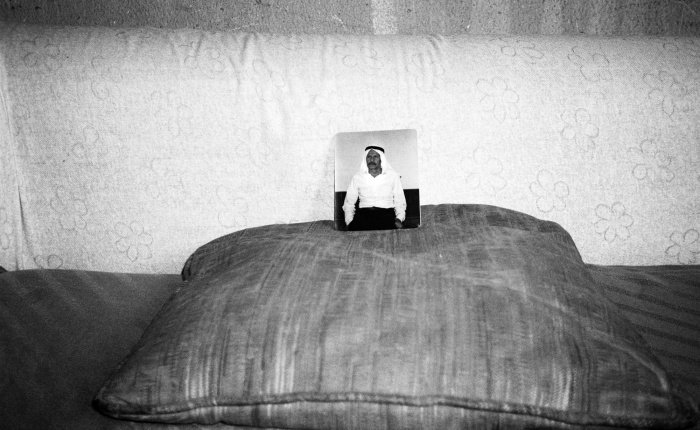 In the late 1970s, during a drawn-out house move, my parents sent us to holiday camp. This was no ordinary holiday camp, but the renowned and much-loved Butlin’s holiday camp in Mosney, a small town forty-five kilometres north of Dublin. Butlin’s holiday camps were the brainchild of one William “Billy” Butlin, an entrepreneur who had set up his camps throughout the British Isles with the expressed wish of providing affordable holidays for all. The motto of Butlin’s was “Our True Intent Is All for Your Delight,” and that was precisely what our family believed. We spent a halcyon week there unaffected, as we later recalled, by the fact that the camp itself was rather makeshift, the chalets substandard, the facilities inadequate for purpose, and the swimming pool an accident waiting to happen. Moreover, the maritime-themed restaurant was nothing more than a chipboard facade with some plastic seagulls suspended from the ceiling and, bizarrely, an underwater view of the swimming pool complete with the unwholesome sight of submerged, sunless-white legs and torsos.[2] Needless to say, all of this would remain largely anecdotal and the stuff of family lore were it not for the fact that, as  I recently found out, the Irish government subsequently saw it fit to turn Butlin’s Mosney—after a period of decline in its fortunes—into a holding centre for immigrants.[3] END_OF_DOCUMENT_TOKEN_TO_BE_REPLACED 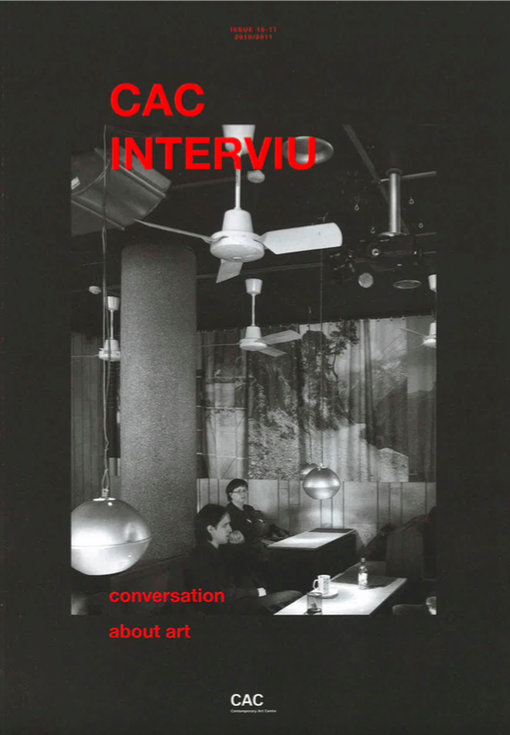