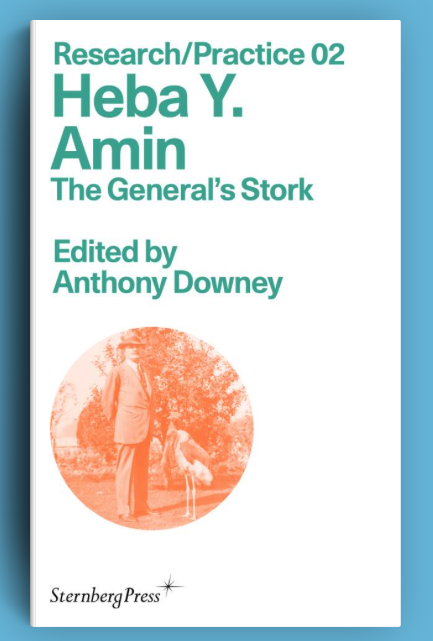 In 2013, Egyptian authorities detained a migratory stork for espionage. This incident is the focus of Heba Y. Amin’s The General’s Stork, an ongoing project that investigates the politics of aerial surveillance—against the backdrop of biblical prophecies, drone warfare, and colonial narratives—from a bird’s-eye view. The research that informs The General’s Stork looks at how conquest from the sky—through land surveying, mapping, bombing, and drone technologies—has effectively transformed Western power into a spectacle of high-tech weaponry. Through the lens of the paranoia that led to a bird being accused of spying,  and with contributions by Adam Harvey, Adel Iskandar, Haitham Mossad, and Laura Poitras, this volume also reveals the extent to which military techniques of visualization both define and, ultimately, delimit the topography of the Middle East.

For further details of the book, see here.

Heba Y. Amin: The General’s Stork is volume 02 in the Research/Practice series, edited by Anthony Downey and published by Sternberg Press (2019-ongoing). Each volume focuses on artistic research and how it contributes to the formation of experimental knowledge systems. Drawing on preliminary material such as diaries, notebooks, audiovisual content, digital and social media, informal communications, and abandoned drafts, the series examines the interdisciplinary research methods that artists employ in their practices. Each volume endeavors to ask: In their often speculative and yet purposeful approach to generating research, what forms of knowledge do artists produce?

For further information on the Research/Practice series, see here.