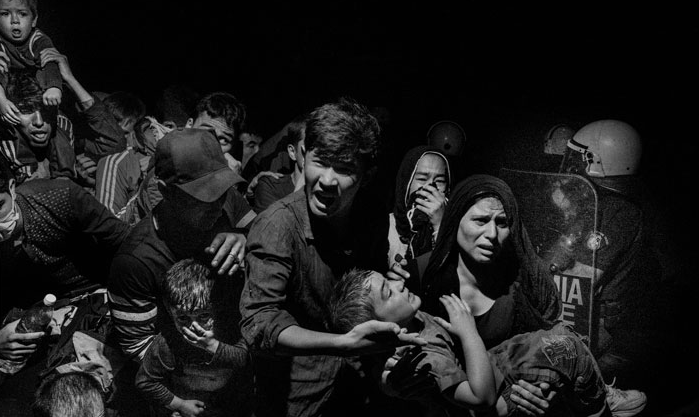 © GREECE. Lesbos. 2015. Refugees and migrants arriving on Lesbos island are transferred to Moria refugee camp to registration from authorities before they can move on. (c) Alex Majoli/ Magnum Photos

Join us for for the first in a programme of lively talks and debates at the Barbican Centre in partnership with Magnum Photos, leading up to the celebration of Magnum’s 70th anniversary in 2017. The Magnum Photos Presents series opens with an evening of discussion between Magnum photographers, writers and curators as they consider recent critical and photographic approaches to documenting migration.

The world is currently experiencing the largest migration of people since the Second World War, with an estimated 60 million people on the move fleeing from war, persecution and poverty, according to the UN. Since September 2015 Magnum has been commissioning its own photographers to cover the migrant crisis across Europe, through the Middle East and into North Africa.

Four expert panelists will reflect on the role of the image in this current crisis; how documentary practice can represent, analyse and challenge, connecting the public to the lived experiences of a political and economic crisis. The panel will include:

Anthony Downey, academic, editor and writer, will chair the panel.