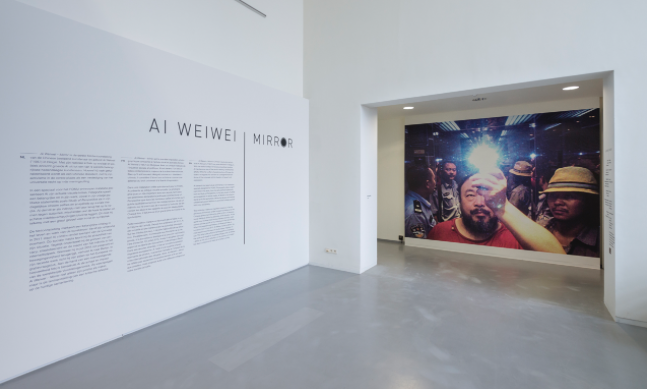 The Politics of Shame: Ai Weiwei in conversation with Anthony Downey

From October 2017 to February 2018, the Fotomuseum Antwerp (FOMU) presented the first photo exhibition of Chinese visual artist and political activist Ai Weiwei. Entitled ‘Ai Weiwei – Mirror’, the exhibition included seminal political statements such as Study of Perspective (1995–2011) and the artist’s daily stream of selfies and snapshots on social media. The show also addressed the years that the artist spent under constant surveillance by the Chinese government and his ongoing commitment to presenting work that engages with social and political issues, including the worldwide refugee condition.

In the following transcription of a conversation that was recorded as part of a public event in Antwerp on 25 October, 2017, the artist talked to Anthony Downey about his photographic work from the 1990s until today and how those earlier photographs, taken in New York City during the 1980s and early 1990s (but not developed until he returned to Beijing in 1993), in part signal later concerns with activism, image production and human rights. A central element in Ai Weiwei’s concerns is his use of the internet, specifically in his efforts to hold the Chinese authorities accountable for events surrounding the Sichuan earthquake in 2008. The interview also covered the artist’s more recent works regarding his subsequent imprisonment and constant harassment. The artist talks frankly about the extent to which shame played a part in his motivations, both his efforts to shame the government but also their attempts to shame him and, during the Chinese Cultural Revolution, his father before him.

A PDF of the interview can be downloaded here.