Essay: “Scopic Reflections: Incoming and the Technology of Exceptionalism” (February, 2017) 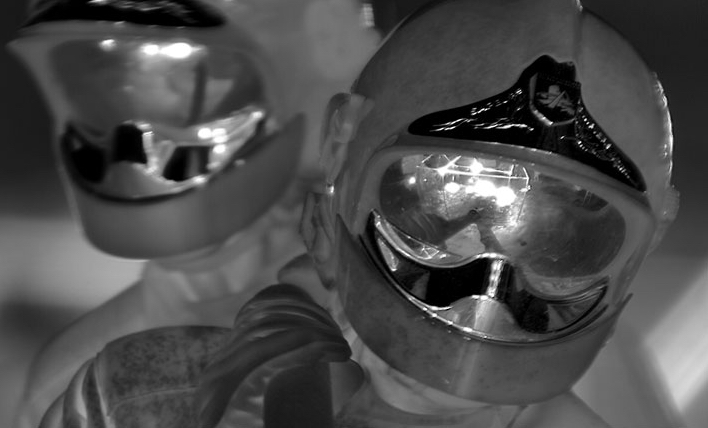 ‘I see only from one point, but in my existence am looked at from all sides.’

“From the opening of Richard Mosse’s film Incoming (2016), it is evident that we are looking at something disturbingly vivid. Abstract images, grounded in a resounding radar-like echo, give way to the supersonic pitch of a strident, purposeful engine. A tenebrous image of a fighter jet strafing a town with laser-like intensity, its nose incandescent with heat as it fires round after round of needle-like missiles, appears almost languid and disconcertingly graceful in its livid ambit. An anti-aircraft gunfires back, no doubt in vain, at this incredibly fast moving object,while explosions are registered as bleached out columns of billowing phosphorescent light. Subsequent images show a ship boarding people from a rubber dinghy, their forms bleached out and spectral. Moments later, we see the irradiated deck of an aircraft carrier complete with fighter jets undergoingpreparation for imminent attack. This could be a video game or hell incarnate – or, potentially, both”.

To purchase a copy of Richard Mosse, click here.