Where to Now?: Shifting Regional Dynamics and Cultural Production in North Africa and the Middle East

Ibraaz Platform 010, which marks our fifth year of research and publishing, will consider the following question: what can the regional politics of cultural production across North Africa and the Middle East tell us about the politics of global cultural production today? Underwriting this research platform, we will ask an all too pertinent question: what are the most urgent issues affecting cultural production and where do we go from here? To explore these questions and outline potential horizons for further investigation, we have invited internationally renowned and emerging writers, artists, curators, activists and filmmakers to respond to the issues raised. 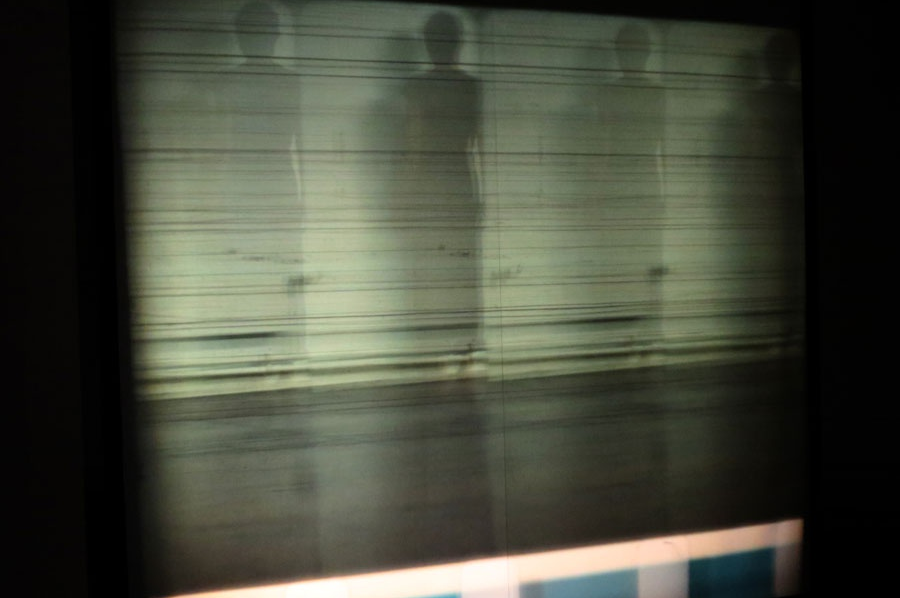 These themes are considered throughout Shuruq Harb’s essay on Amal Kenawy’s now seminal work Silence of the Lambs/Sheep, 2009, and its legacy within discussions of participatory art and its relationship to shifting social and political landscapes. The historical significance of art and its social practices is further underscored in Elizabeth Derderian’s ‘Critique as Infrastructure’ where she considers the problematic of how ‘scholars have established the pivotal role of arts and culture in forging the modern, cosmopolitan nation-state’. Within this framework, David Birkin explores a world forged within the context of an on-going ‘war on terror’ and considers whether we need to rethink or abandon the distinction between art and activism. In Barrak Alzaid’s essay performance, as a set of conditions in which the potential for transformation is possible, is explored in relation to a number of key events in Kuwait’s recent history. These and other themes will be further considered, in the coming months, in essays by contributors including Pamela Karimi, Goksu Kunak, Tirdad Zolghadr, Patricia Triki and Christine Bruckheimer, Heba Amin, Nancy Demerdash, Ryan Inouye, Samah Hijawi, Shiva Balaghi, Reema Salha Fadda, and Hamid Dabashi.

In interviews, we consider Platform 010′s question in conversations with Christine Tohme – Director of Ashkal Alwan and the newly appointed curator for the 13th Sharjah Biennial, opening March 2017 – and her views on the challenges that institutions face in the current climate of under-development and political uncertainty. In a conversation between Natasha Hoare and Nida Sinnokrot, the question of what it means to be making art in the midst of occupation and precarious state security is examined through practice. Reem Fadda, curator of the recent Marrakech Biennale, talks about the work of decolonization that has gone into putting such an exhibition together; whilst in Amira Gad’s conversation with Nathan Witt, there is a broader discussion about the relationship between research-based practices and performative installations. Elsewhere, Louis Hendersontalks about the ‘allegory of revolution’ in Logical Revolts (2012), a 42-minute film in search of the traces of Egyptian civilian resistance, from 1952–2012, against colonial and military oppression.

Throughout Platform 010, we find ourselves at various points in history and, Janus-faced, we can look forward and backwards from the shifting grounds of the present. This involves not just a radical reappraisal of the past and the present, but also a questioning of potential futures. As Tarek Abou El Fetouh notes in the conversation with Stephanie Bailey, the framing of his exhibition project The Time is Out of Joint concerns three singular events, namely, the 1974 First Biennale of Arab Art in Cairo; the 1989 China Avant/Garde Exhibition in Beijing; and the 2022 Equator Conference in Jogjakarta. The reasons for such a temporal stretching, as Abou El Fetouh elaborates, is to challenge and reject the narrative of Arab nationalism. This gesture alerts us to two more questions that will remain key to Platform 010: What have we learned about the politics of global cultural production through the regional circumstances of the Middle East and North Africa in the past five years and, contiguously, what is the efficacy and function of cultural institutions. We may also want to consider the future for cultural activism in a region beset by rapidly shifting politics and, through these concerns, rethink what an alliance of cultural producers might look like. It is with these points in mind that we will publish conversations with, amongst others, Ahmet Ogut, Hajra Waheed, Younes Bouadi, Farah Al-Nakib, Todd Reisz, Kim Beamish, Morehshin Allahyari, Ahmed El Attar, Rania Stephan, Nora Razian, Mario Rizzi, and Hussam Alsaray. 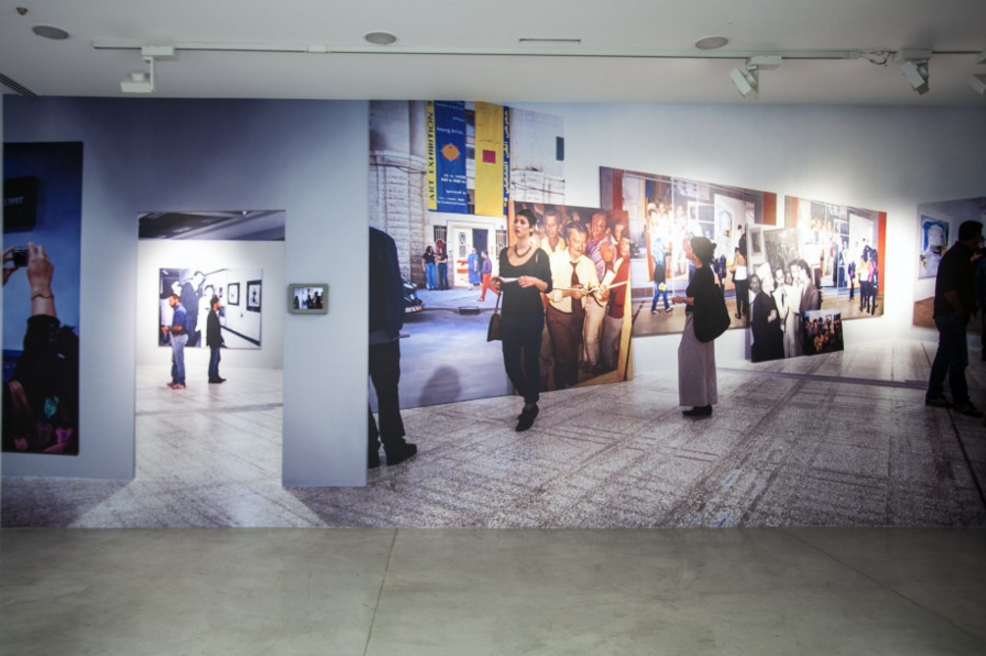 The future, as we know, lasts a long time, and in Projects we have invited a number of artists to respond to the question of where we might go from here. Larissa Sansour and Soren Lind offer an online iteration of a recently completed project, In the Future they Ate from the Finest Porcelain, where a ‘narrative terrorist’ is questioned by an anonymous interlocutor in a sci-fi landscape that exists in a process described as ‘manufactured history’. TandemWorks offers ‘a rumination on a proposed project that may or may not exist, for a river that may or may not be a river’. Written by Mayssa Fattouh, this project highlights a larger focus forPlatform 010: how do we consider the state of knowledge production in visual culture today and how we might review its function. This approach takes on a historical leaning in Tom Bogaert‘s online presentation of pepsi, cola, water?, 2016, which forms part of a research project the artist has been working on around Sun Ra’s legendary visit to Egypt in 1971.

Going forward, we will be also publishing platform responses by Talinn Grigor, Alex Dika Seggerman, Octavian Esanu, Iftikhar Dadi, Burcu Pelvanoğlu, and Sabrina DeTurk; projects by Basma Alsharif, Nile Sunset Annexe, Lara Baladi, Samah Hijawi, Anahita Razmi, Rayya Badran and Bisan Abu Eisheh. In ourChannel section we will be launching a number of collaborations, including one with the Temporary Art Platform Residency programme, as well as with Vikram Divecha’s Warehouse Project Talks, which were staged at Alserkal Avenue’s Warehouse 82 in March and April 2016.

The broader concerns underwriting Platform 010 over the coming year will include an extensive investigation into what has happened to visual culture – its reception, dissemination and management – in the aftermath of global financial upheaval, regional conflict, civil war, and revolution. Much of the content that informs both this platform, and a conference around the same title (to be held at the Middle East Centre, Oxford University, in 2017), has been developed in collaboration with both Reema Salha Fadda and Ibraaz’s editorial team, alongside its editorial correspondents and broader networks. This platform will, we hope, represent a collective and collaborative account of the urgencies affecting cultural production across the region today. We will continue to publish our findings in the coming months.

Has culture, finally, become increasingly sidelined or, conversely, all the more instrumentalized by political and economic forces within the region? Moreover, if cultural production has become complicit in the accumulation of capital – be it cultural, private, economic, or social – as a result of neoliberalism, global forms of gentrification, and the relative absence of state and private funding, how might we explore the potential for productive cultural alliances that can effectively address these concerns? A central tenet to this enquiry is a reflexive consideration of Ibraaz‘s role in these processes: Is there, we will ask, a neutral position for critique and how do we rethink the institutionalisation, instrumentalisation, and commercialisation of cultural production whilst also critiquing our own complicity, as cultural producers, in this process?