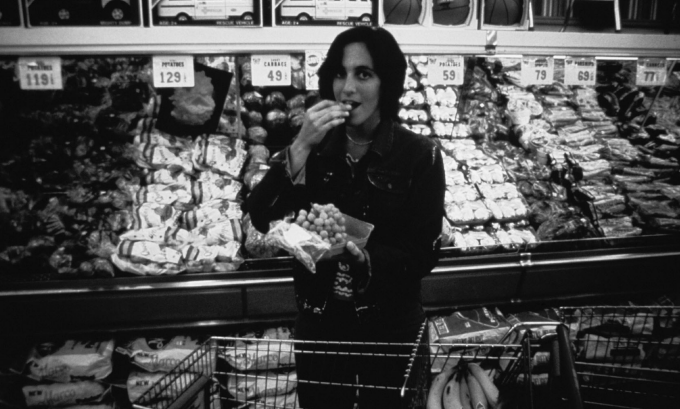 In 1977, NASA sent 115 images – the so-called ‘Golden Record’ – into space on board the Voyager space probe. They also included greetings in 55 different languages and a number of audio clips, including (amongst others) Beethoven’s 5th Symphony and Blind Willie Johnson’s Dark Was the Night. Projected onto a double-sided, cinema-sized screen, these images – but not the audio clips – are the basis of Steve McQueen’s solo show ‘Once Upon a Time’. The images range from photographs of children being born to family portraits, the monumental (Jupiter) to the miniature (a leaf), and the poetic (a sunset with birds) to the mechanical (a calibration circle). There are ordnance photographs of the Sinai Peninsula and an intimate portrait of a nursing mother. Ethnographic portraits, perhaps inevitably, feature too and, despite the generally auspicious and upbeat tone of the Golden Record, there are also premonitions of more immediate concerns: a picture of rush- hour traffic in India, for example, and a so-called (and curiously empty) ‘modern highway’. Each of these images in ‘Once Upon a Time’ slowly dissolves into the other, giving an effect that is both nostalgic and reminiscent of a time when such images were indeed seen by some as ‘representative’ of life on earth – not to mention a time when images dissolving into one another seemed the height of technology.

Painting as a Repository: The Remains of Our Days in the Paintings of Nigel Cook Yto Barrada A Life Full of Holes: The Strait Project